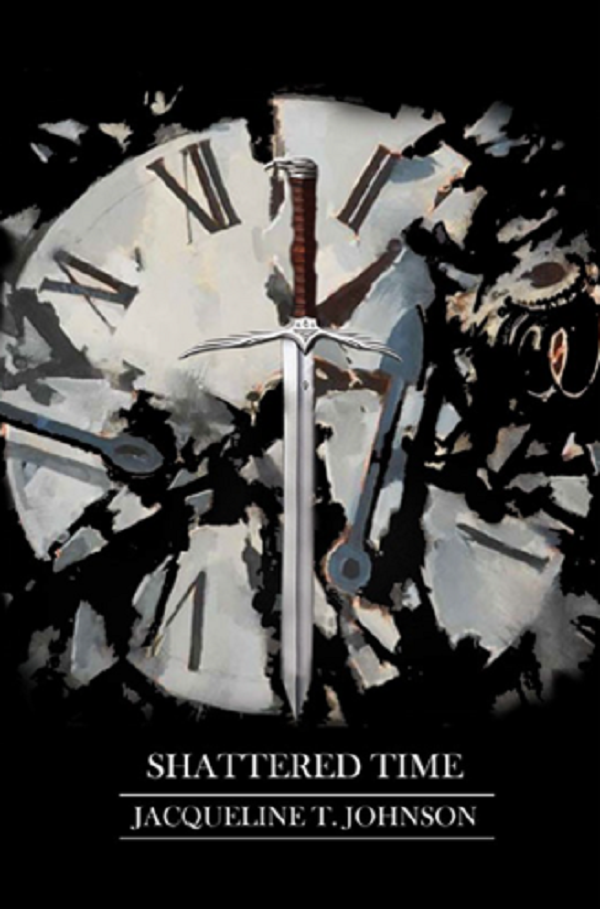 A howling cry echoed through the Forbidden Forest. Blood and sweat poured from Nash as he began his long walk into darkness. At night, the Forbidden Forest was a playground for things that come alive in the dark. His only guide was the fluorescent glow of insects playing hide-and-seek through the trees. Faint glimpses of light momentarily vanquished the darkness. Two steps forward and a sharp turn to the right just in time to elude a statuesque tree ruling the forest floor.
Buy This Book

A flicker of light steered him toward the right and then to the left until finally…a pathway. Pausing to grind his boots in the dirt, Nash inhaled deeply. The aroma of pine was mingled with oak, honeysuckle, primrose, and the scent of civilization. The smell of men consumed the air, temporarily confusing his senses.

Nash closed his eyes. In the crevices of his mind, he saw blood and heard the echo of Erich howling. The horrifying look in Erich’s eyes and the bitter smell of blood forced him to face an old enemy. Nash opened his eyes staring down a dark pathway. The further he traveled out of the darkness, the brighter faint torches glowed in the night, illuminating a path to the arch of Peerless. Nash walked the path, ignoring the hidden Stringers spying from within the trees. He continued his trek toward his destination, where he knew he would find Artemis, the most powerful man in three kingdoms.

Artemis yawned. He stared into the flame of a lone candle sitting in the center of the table. The flickering flame danced ominous shadows around the room. When the door opened, a night breeze swallowed the flame, engulfing the room in obscurity. When he relit the candle, he was no longer alone. Artemis yawned again. “Darkness suits the commander of Meir,” he said, staring at Nash. “Why do you walk alone in my domain?”

“Is anyone truly alone in the Forbidden Forest?”

“You and I are not friends,” answered Artemis. “What possessed you to come to me at this hour?”

Nash looked through the candlelight. He thought he saw a sneer on his face. Nash slid a slip of paper across the table.

Artemis glanced at the paper. “What is this?” he asked.

“What could you have that I want?”

Intrigued, Artemis leaned forward. “Why is the commander of Meir desperate?” mocked Artemis. “What do I have that you want?”

“How much do you trust Erich?”

“I don’t trust Erich,” confessed Artemis. “When he was Victor…I trusted him with my life.”

“Do you believe Victor have visions?”

“What did he see!” shouted Artemis.

The urgency in his voice stunned him. Nash saw by the expression on Artemis’ face that he believed. He purposely waited, wanting to stir Artemis’ curiosity. When Artemis shouted again, Nash finally replied, “He saw Kane kill Daniel.”

Artemis leaned back. He rubbed the curls of his beard. He was grateful for the darkness, it hid the trembling of his hands. “Why have you come alone…why didn’t Erich come?”

“Because I’m going to do what Victor couldn’t,” confess Nash.

Artemis slightly smiled. “What do you want me to do?”

Artemis pushed the contract back toward him. “Keep it. This is a freebie,” muttered Artemis.

Nash walked back into the darkness. After riding for miles away from Peerless and peering eyes, he rendezvoused with Erich at their arranged meeting place. Erich was leaning against a tree. Nash stood in front of him. The haggard look on his face hinted Erich hadn’t slept in days. The men stared without speaking.

Nash nodded. “What are you going to do with Kane?”

You have written an Epic Masterpiece! Having just read the last line of “Shattered Time”, I had to immediately write this review to you. Before I begin I would like to give a little background about me. I am a self-proclaimed book addict. At the age of 8, I was gifted my first chapter book from my 3rd-grade teacher. The book, a classic, “Little Women”. From there I was hooked and fascinated by the art of the written language and word. I have since read literally thousands of books of all genres. So the following review was written from my love of reading.

Reading is one of life’s greatest escapes. Your books, Ms. Johnson, are not only such an escape but an awesome experience and journey. With each book, your writing improved became even more beautifully descriptive, and flowed ever so faster with each page. Actually, each page could easily be a storyline on its own. That is how full and rich your storytelling is. It is truly hard to believe you are a debut novelist and of a trilogy no less. I can assure you that there are many so-called accomplished novelists that do not come close to your style of writing.

You have everything and so much more in your books. The Forbidden Forest could stand alone for a whole book. The sights and sounds and eeriness are gripping. The Stringers, the Dwellers, the Merchants, the Traveling Caravans, the Villagers, the Royalties, and all other characters physically breathed and jumped off the pages.

The many multifaceted stories in each chapter were breathtaking, harrowing, and awe-inspiring. Time and place were very well-formed and clear; crystal clear.

There are numerous sentences, dialogues, lines, paragraphs that will stick with me. One is in “Test of Time”, pg. 119 when Erich spoke to his men. So powerful that my whole body shook with excitement; as if I was one of the men Erich was commanding. The voice you gave Erich and all your characters, Ms. Johnson, was so real. We so desperately need that Braveheart Erich now in our country to give that same commanding speech on the page. 119.

It is simply amazing how you, Ms. Johnson, had Erich and Nash, these two assassins and warriors who did not blink or flinch when they killed, still be loving and caring in their home settings.

I truly could go on and comment on all 629 pages you wrote, it has been such a transporting reading experience for me. Actually, when I lifted my head from reading I had to literally reorientate myself to reality or to re-enter reality. But there is lastly an ending review comment; there is a definite Shakespearean and Biblical presence throughout all 3 books. Dare I make a suggestion or suggestions…” Test of Time”, “Mirror in Time”, and “Shattered Time” should become a movie. Can you just imagine the fantastic story on the big screen! I am already sitting in the theater waiting to hear and see the sights and sounds of your trilogy coming to life and then, of course, I already have it on DVD so I can watch it over and over and over…again

Second suggestion, please try to get your work published by a mainstream publisher. Maybe you are already on that path? Even with all the many publishing houses to choose from you should have no problem being picked up by one or more. In my humble, self-proclaimed bibliophile addiction, Amazon I am afraid is just not enough for your books to come to light. As your trilogy is a best seller.

Mrs. Johnson, it was a privilege and honor to have read your magnificent writing that turned into 3 magnificent books. Thank you again so much.

Anticipating follow-ups on your writing endeavors!