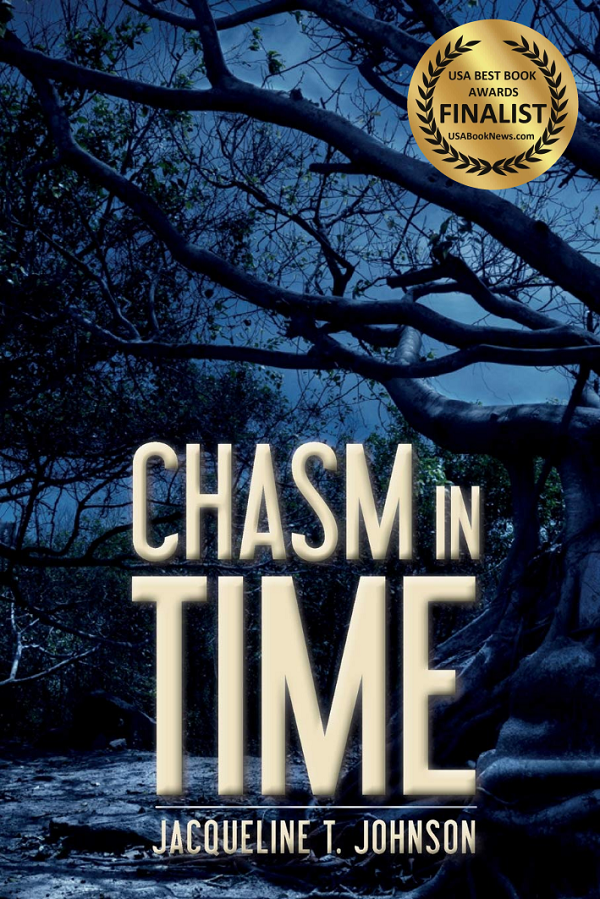 Nash took a long, slow breath. The forest was so dark. The pain he once felt had begun to subside. The sound of Erich’s voice whispered as if being spoken through a fog. Am I dying? Is this what it feels like to die?
Buy This Book

Why can’t I find my way? The thundering sound of boots pounding into the dirt

awakened the forest floor. The darkness spurred him forward. Reuben raced toward the place he last saw them fighting. As he moved past the trees and through the thicket, the cries of the forest came to life, filling his heart with confusion. The deeper he ran, the more things changed. Nothing was as before. Where were the sounds of life? A forest is always filled with life. All he heard was the erratic, undisciplined sound of his breathing as it transformed to match the pounding of his footsteps. He was convinced the echo he heard was the sound of fear. Yes…he was afraid. Yes…he was desperate. He had to reach the clearing before the trees swallow the last glimpse of light.

Reuben silently screamed, Why can’t I find my way?

his bare hands. A tree stretched its arm, slapping Reuben across the face. Tears blinded his vision, causing him to fall. At the moment, he felt no pain. He wanted to stop, but he couldn’t stop crying. The hot tears were unfamiliar. He was the son of Nashton, the commander of Meir; he wasn’t a crier…he was born in his father’s image…he was a fighter. Fighters don’t cry.

Finally seeing the clearing, Reuben tore through the brush. To his horror the area

was empty. The world around him began to spin. A cruel illusion had swallowed him into a living nightmare. Reuben stared wild-eyed around the area. Was his trajectory wrong? Had he run in the wrong direction? Reuben turned on his heels. He looked through the trees. He ran toward a stump sitting in the midst of the clearing. His mind assured him he was in the right place, but how could he be? Where was his father? Where were the arrows he saw soaring from the trees? Why wasn’t the sky filled with scavengers seeking the dead? Where was the king?

As the memory of that moment replayed in his mind, his breathing became

sporadic. Reuben screamed. He screamed as his thoughts relived the image of a sword puncturing through his father’s back. Where was the blood? Reuben fell to his knees, clawing the ground, searching for a sign the ground had been stained with blood. He kept digging until his fingers bled.

moist with his tears. Alone in the forest, surrounded by the chaos of nature, a young man cried for his father. Exhausted, mentally and physically, Reuben didn’t remember falling asleep. The chill of the night air awakened him to the reality that he was alone, he was in the forest, and he was unarmed. The howling from a wolf echoed beyond the trees. The scratching sound of night invaders stirred the forest floor. Everything sounded different in the dark. The darkness amplified the hooting, the rustling, and the howling of creatures that prowled the blackness.

Reuben leaped to his feet, running in the direction he last saw his horse. He ran for

miles, falling, dragging his body through a forest that was inviting in the day but the night had turned it into a frightening playground. Beyond the echo of his beating heart, Reuben heard a voice. The breath of the wind transformed, whispering his name. He began to see shadows leaping from tree to tree. When Reuben fell, he saw the stump of legs galloping in the darkness.

Reuben silently screamed, Why can’t I find my father?

5.0 out of 5 stars Charismatic Success!

This book marks my second review for this series since the author’s first release. While the first book exceeded more than exceeded expectations, it’s always good to see if the results will last. After reading through the rest of the series including the most recent (Chasm in Time), I can unequivocally state that this author has firmly earned a fan in my family and me.

The author has done a superb job of avoiding one-dimensional development of the characters by allowing the plots to progressively evolve them through interesting, unpredictable storylines (are a rarity in books these days). The storylines across the series force readers to steadily pay attention as the moments of intersectionality come fast and without announcement. More so, the author has managed to incorporate moments of self-inquiry per character that’s also apropos to the reader too. In Chasm, I’m left with simply wondering: where will they/we go next?