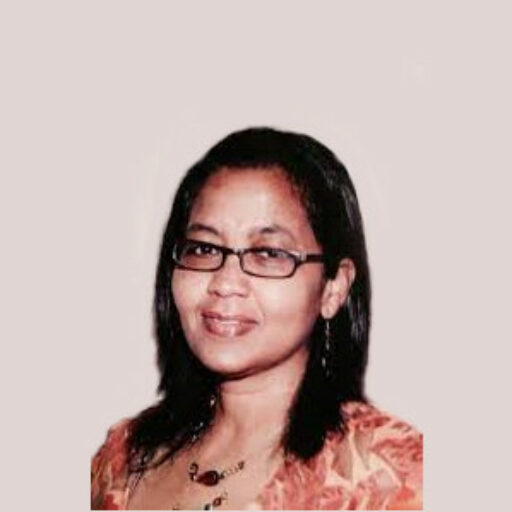 JOHNSON: I was born in Virginia. I’m married and have two sons, a daughter-in-law, and three grandchildren. I love to read and write, but my hobbies are watching anime and playing video games. My love for action and adventure, and for the details of storytelling inspired me to want to capture the hearts of readers. This is all part of why I love writing. A well told story, where the reader can see and feel the imagery is the only way to keep an audience coming back.

FQ: Tell us a little about your book – a brief synopsis and what makes your book unique.

JOHNSON: Test of Time is the story of Erich, a former assassin, and Nash, a guardian of Noyi. The story opens with Erich freeing Nash from prison for a crime they committed. Erich convinces Nash to rejoin the original mission to take control of the throne of Meir. Their collaboration sets off a chain of events from kidnapping, to a masquerade, to visions of a long-lost brother. Erich is thrust into power by a suspicious king, while Nash is forced to face his past and a brother whom he thought was dead.

Heroes or villains? Meir has an unlimited number of villains...Artemis, a mysterious leader of the Dwellers, to a phantom menace the Terror of Noyi, and there is also a nameless specter who lives in the shadows. The ending of Test of Time brings the story to a full circle forcing Erich to question—can he kill the man he considers his friend, his counterpart…a brother? From the battles, to victories, the thrills never stop!

What makes Test of Time unique is that it isn’t the usual heroic saga where the actions of the characters are predictable. I wanted my characters, the fighting and battle scenes to have a touch of fantasy—but also be realistic. The characters are likeable because they are relatable in their actions and reactions.

FQ: What was the impetus for writing your book?

JOHNSON: Becoming a writer wasn’t something I imagined as a career. I wrote my first sentence after being inspired by a scene from Disney’s Peter Pan. I had watched this movie a thousand times with my youngest son. There’s a scene where Peter Pan pleas for Tinker Bell’s light not to go out. I sat down with a piece of paper and wrote one sentence: Can you love someone so much that you can feel their pain? From that one sentence, I wrote five books. Writing has become an expression of who I am, where my emotions, thoughts, and dreams come to life. Writing in the fantasy genre opens unlimited avenues for my imagination.

FQ: Who are your favorite authors?

JOHNSON: I don’t have a favorite author. I like anything that holds my attention and makes me not want to put the book down.

FQ: As an author/writer, what famous author (living or dead), would you like to have dinner with, and why?

JOHNSON: The last author that left a lasting effect in my memory is Corrie ten Boom. To have dinner with her, to explore the wisdom from her life of forgiveness is a journey I think we all need to take.

FQ: Is this the first book, the second, etc. in the series and how many books do you anticipate writing in this series?

JOHNSON: Test of Time is the first book in the Sons of Meir series. There are presently five books in the series, but I do see the possibilities for more.

FQ: Tell us a bit about the series. Do you know where the series will take the characters or are you working that out as you go along with each book? What has been the reader response to your series?

JOHNSON: Sons of Meir tells the adventures of two men who discover they’re pawns used by their government to start a war of power. The series is the adventure of three kingdoms, two men, one mission. Throughout the series, their friendship is tested by the Terror of Noyi, Artemis, leader of the Dweller nation, and intertwining webs of deceit and betrayal that send shockwaves that threaten to destroy the house of Meir.

When I write, the development of the characters and conflict works out as the books progress.

The response of the readers has been very positive! Each book has received a four-to-five-star rating. One reader, a librarian, wrote a grant to purchase Test of Time to form a book club in each middle school in her district. This allowed students from each middle school, who wouldn’t have normally interacted, to discuss Test of Time collectively. For over six weeks, I was able to join the students in an online discussion of Test of Time, which was exhilarating to hear their discussions from a reader’s point of view.

FQ: Did your family & friends encourage you to write your book?

JOHNSON: Yes, my family & friends are constant encouragement for me. On days when I don’t feel as if I have the education or experience to be a successful writer, my family reminds me that a natural gift for writing isn’t something that can be taught in a classroom—it must be developed from within the writer.

FQ: Tell us about the protagonist in your story.

JOHNSON: The protagonist of the story is Erich. Erich is a mysterious man whose life is surrounded by intrigue and masquerade. He was born a Dweller named Victor. Dwellers are feared and hated just because of who they are. Victor was groomed from birth to be an assassin. Victor changes his name to Erich; then teams up with Nash, a Noyitian guardian, to forge a new destiny but with every adventure Erich is forced to face his past demons and the temptation to embrace his altered ego, Victor.

JOHNSON: My favorite characters are the villains. I love the freedom I have with these characters where there are no limits in how I can develop them. When I develop a villain, there is no moral dilemmas in the inspiration behind their actions.

{
This book grabbed me from the start!! You can place yourself in this story no matter your age, gender, or ethnicity. Kudos to Jacqueline Johnson for such a vivid writing style.

{
Jaqueline Johnson does It again. Mirror of Time is an excellent book full of adventure, twists, and romance. You will not be disappointed with this book.

{
I love how the author kept me engaged in the relationships and trying to guess the connections.

{
A must-read! Love this book! I read a lot of books and found this book to be one of the best reads this year. The author grabs your attention from the beginning and gets you completely engrossed in the lives of the characters.

{
A good read! I don't read as much as I should but this book held me captive and made it hard for me to put down. The plot was good the characters were exciting and there was also a love story that was well written and not tacky like most love stories. This is a book I will share with my kids. It would be a good read for high school students.

{
Intriguing Read! Test of Time is definitely one of my favorite books of the year. There is intrigue, suspense, and it will keep you on the edge of your seat until the very end. Many twists and turns. Can't wait for the next book in the series!